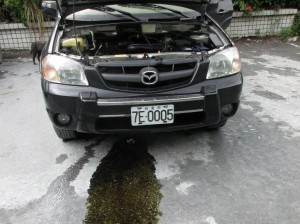 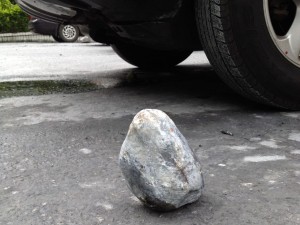 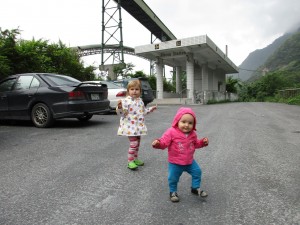 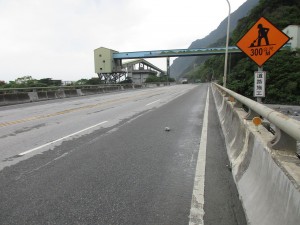 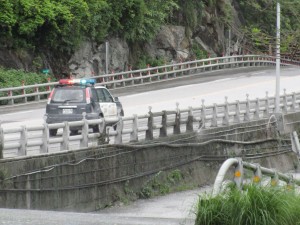 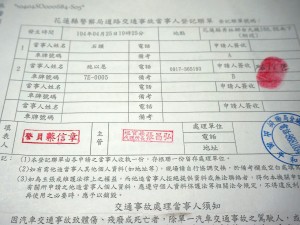 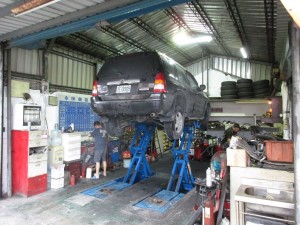 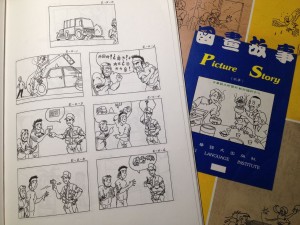 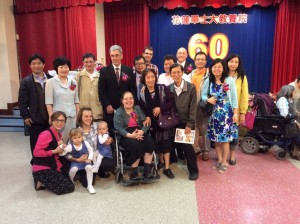 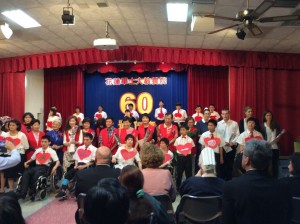 At the end of April our mission’s home for disabled children and adults, called Bethesda, in Hualien celebrated its 60th birthday. We also wanted to participate and so on Saturday we drove to Hualien. It’s about a 4 hour drive along the beautiful East coast of Taiwan. When we were about one hour away from Hualien we met a big truck loaded with stones. When he was right next to us a boulder dropped down and bumped under our car. But thanks to God it did not fall on the car, because then it might have penetrated the windshield, which would have been very dangerous. We immediately stopped at the next parking lot in the middle of nowhere to see whether there is any damage. We then saw a trickle of oil coming from beneath and so our car slowly “bled to death” in the parking lot. Our colleagues who drove little later the same route took Simone and the kids to Hualien and I (Joe) had to take care of the rest.

First, I had to call the police, and when the officer came, he took me to the police station in the next town to process my case. After everything was ready the police officer gave me the in Chinese characters written report and told me to check it! Well, I tried my best with the help of the characters I already know and a dictionary to understand the report.  Then I had to confirm the report and some other forms by putting my signature and a red fingerprint on them. After an hour, the officer took me back to the car and I had to call the insurance company to get a tow truck. The tow truck came after another two hours and took me and our car to Hualien. While I waited for the tow truck, I tried to find a workshop in Hualien, which can repair the car (yes, now I also know what sump is called in Chinese!). But it didn’t look good: They told me spare parts cannot be ordered before Monday, and until they are delivered from Taipei and installed, I need to wait until at least Tuesday! In the tow truck I talked with the driver and found out that he is also very familiar with cars. So I asked him whether he might know a workshop that maybe can get me the spare part at the same day. The driver then called a friend and he was really able to get it. Then the tow truck brought our car right away to the workshop of his friend and when we got there the spare parts were already prepared and our car came directly from the tow truck on the lift. The tow truck driver was so nice and even brought me to Bethesda for the anniversary, so I could also be part of it – at least a bit. After three hours our car was already repaired and we could drive home at the same evening.

We are very thankful to God’s for his protection and that we were able to take care of everything in Chinese, from police and insurance, to tow truck and repair. What a good thing I just learned the week before in language school in our “everyday Chinese book” exactly the words for accidents, repairs and road traffic… And in addition we also have a surveillance camera in the car now. The night before the accident I told a Taiwanese friend that we Germans do not like surveillance cameras. Well, if we would have had one then the insurance of the truck would have had to pay for the repairs but unfortunately he will never be found and so we have to pay by ourselves.