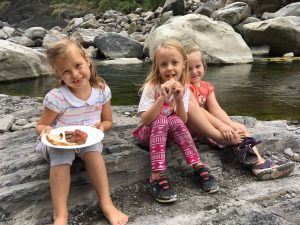 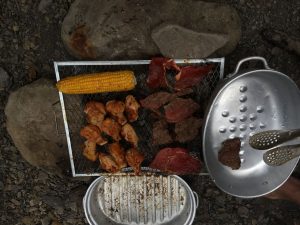 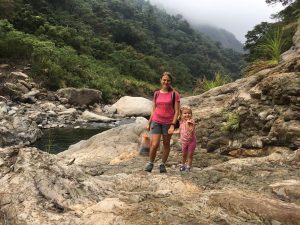 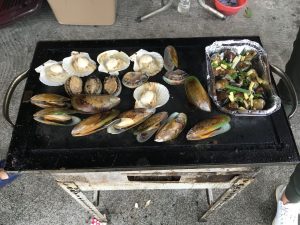 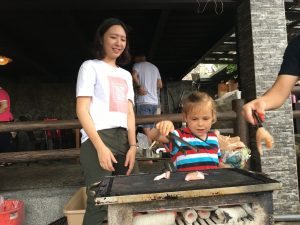 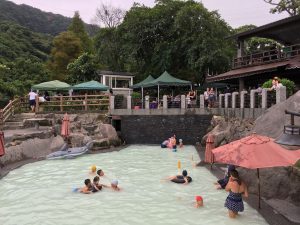 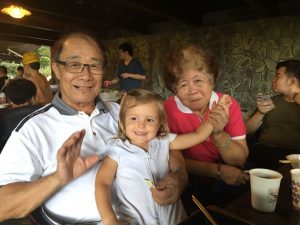 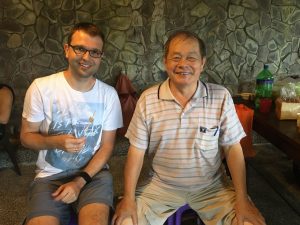 The Moon Festival (or Mid-Autumn Festival) is one of the great family gatherings in Taiwan. Families and friends meet and have barbecue together and enjoy the mid-autumn moon (they say it’s the most beautiful moon in the year…).
This year we celebrated the Moon Festival three times. First, we met with some of the coworkers of our seminary to have barbecue in the seminarie’s backyard. On the actual holiday, we went with some friends for a short hike in a river valley. The children played on the river, caught tadpoles and we had a barbecue together. The valley was beautiful, and we really enjoyed the time in nature.
The weekend after that we went with our two former neighbor families from Taipei to a “BBQ restaurant”. It was not a real restaurant … The grill stuff and the grill were provided by the restaurant, but everyone could to grill by himself. Everything one can imagine was ready to grill: beef, pork, sheep, fish, various mussels, vegetables, and even a whole chicken was served. There were also two thermal water ponds to soak before and after BBQ, which our two girls really enjoyed. This year marks the third time that we celebrated the Moon Festival with our neighbors. It is great that although we have not lived in Taipei for almost two years now, we still have such good contact with them and we really miss that we cannot just go over the street to see them every day. 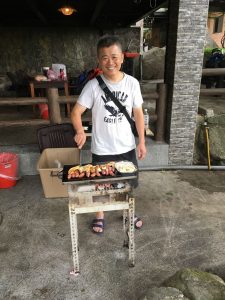 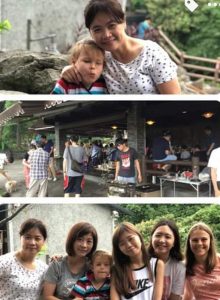