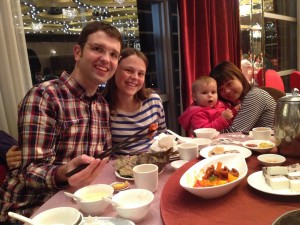 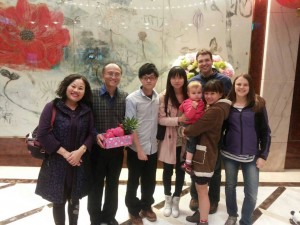 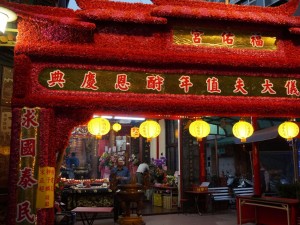 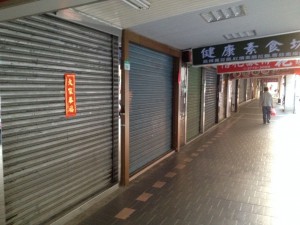 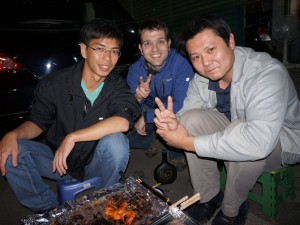 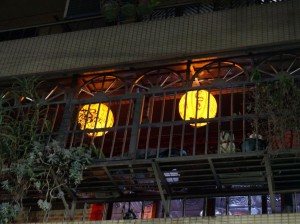 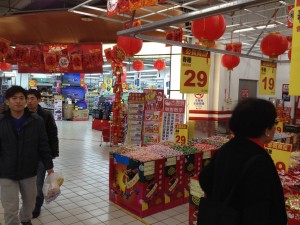 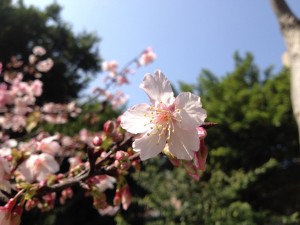 In early February Chinese New Year was celebrated here in Taiwan. Is Christmas not an official holiday, Chinese New Year are even six holidays in a row. The exact date is determined by the lunar calendar, which is why Chinese New Year is on a different date in January or February each year. Normally it is celebrated with the whole family and so they all meet at their grandparent’s house. Many people, who come originally from rural areas to work in Taipei therefore go home to their (grand-)parents over Chinese New Year. So in the area we live in, almost no people were left on New Year’s Eve. Almost all the shops and restaurants were closed, everything was dark and there were hardly any people on the street. At midnight Joe walked through the streets to see fireworks or any other celebrations, but other than a few people who brought sacrifices at the temple in the street behind our house, nothing was going on. In the street next to our house, he then saw two young men sitting in front of an oven. Joe asked them if they also were bringing offerings, but they were just barbecuing together and invited Joe to join their midnight barbecuing. It was really very nice and tasty :-). We also were invited twice to have nice meals during Chinese New Year. Once we went together with a family from our church to have a great dinner in a nice restaurant. There was quite a lot of delicious Taiwanese food (“all you can eat”), which meant that we did not sleep quite as well that night :-). We were also invited to have lunch with a Taiwanese family of friends that we got to know at language school. That was also very tasty and great to get a little insight into traditional Taiwanese family life.